Q: How Did COVID Impact Our Market?

Here’s how our area market performed over the last six months.

Unsurprisingly, during the time between March and September of this year, the number of home sales dropped by 8.5%. What might surprise you, however, is that prices have actually gone up by 3.2% in that same time frame. That kind of price jump would have been a marker for a very robust and strong market even over a 12-month period.

With the uncertainty that came along with COVID and the resulting shelter-in-place orders, many home sellers put the brakes on their home sales while buyers were still active in the market. That increased competition among buyers in that short period, which is what led to our price increase over the last six months.

Another major factor that we track in the residential market is the interest rates. Rates were already incredibly good in March, hovering around 3.75% at that time, and now they’ve gone down more than a full point. Rates for regular condos, townhomes, and single-family homes are hovering somewhere between 2.5% and 3%. Good rates don’t hurt, but I think the main driving force behind the demand was that people were anxious about getting into their next homes so they could shelter in place.

“Rates were already incredibly good in March, hovering at that time around 3.75%, and now they’ve gone down more than a full point.”

One point of concern that we’re keeping an eye on is the unemployment rate. Obviously, some industries have been hit much harder than others, but this number could have an impact on our market. I’ll discuss that in more detail in my next video.

If you have any questions about today’s topic or anything else to do with real estate, don’t hesitate to reach out to us. We’d love to hear from you. 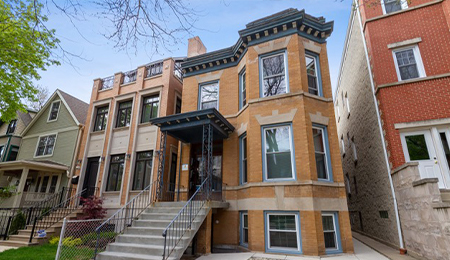 Looking to Buy a Home?

Search the entire MLS for homes located in Chicago.

About The Carter Group Chicago 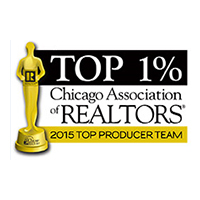 The Carter Group Chicago consists of a team of experienced sales, marketing & transactional specialists that assist our clients through one of the biggest transitions in their lives, the purchase or sale of their home.

The Carter Group Chicago is in the Top 1% of all the real estate agents in Chicago Association of Realtors.